I Came Here for the Hummus 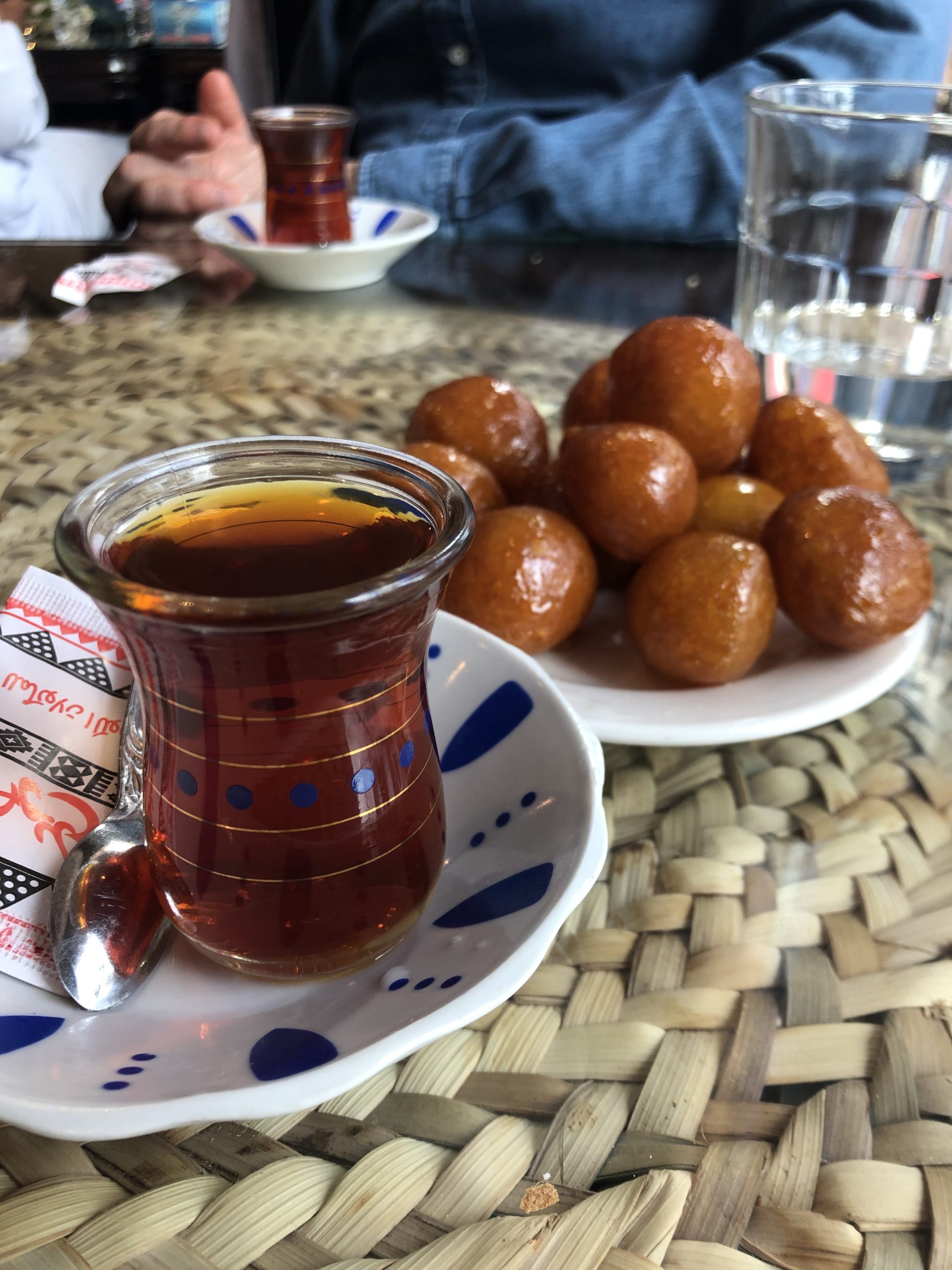 It’s impossible to say what Kuwait is like, having lived here three days. It seems exotic in the way new things always are. Even the driving, where everyone converges at once on a single lane, horns squealing like five-year-olds in a soccer scrum, is charming.

But I live next to the ocean and it’s a pleasant winter in a land where summer will require new adjectives to describe “dry heat,” so my initial perceptions are temporarily skewed. I keep calling Arabian Gulf Street, which runs along the Persian Gulf, “PCH.”

I’m obviously not quite here yet.

Our first morning in Kuwait, we ate at a U.S.-based breakfast chain. There are almost as many Starbucks as mosques. I saw a Burger King the size of an American strip mall on a beach. The passport official at the airport was eating Baskin Robbins as he passed us through. Did I mention there’s a Krispy Kreme? Eight thousand miles away and America is inescapable, which is comforting.

But I’m here for the hummus.

Luckily, we’re surrounded by some of the best Kuwaiti restaurants. We ventured out by foot on New Year’s Day to one just a block away. The spices used for the chicken majboos and prawns biryani were violent with fragrance and altered my already-lofty ideas about how good the food will be here. The hummus was as creamy as yogurt. The dolmas were so fresh I had to make sure there weren’t grapes still attached.

The waiter brought us luqaimat (pictured above behind the tea), a traditional Middle East dessert that is deep fried and soaked in a syrup, to finish the meal. I ate one out of politeness. The luqaimat make Krispy Kreme donuts seem like health food.

Inside, I squealed with delight.