Curiosity Killed a Cat: Wanderings and Wonderings in Kuwait 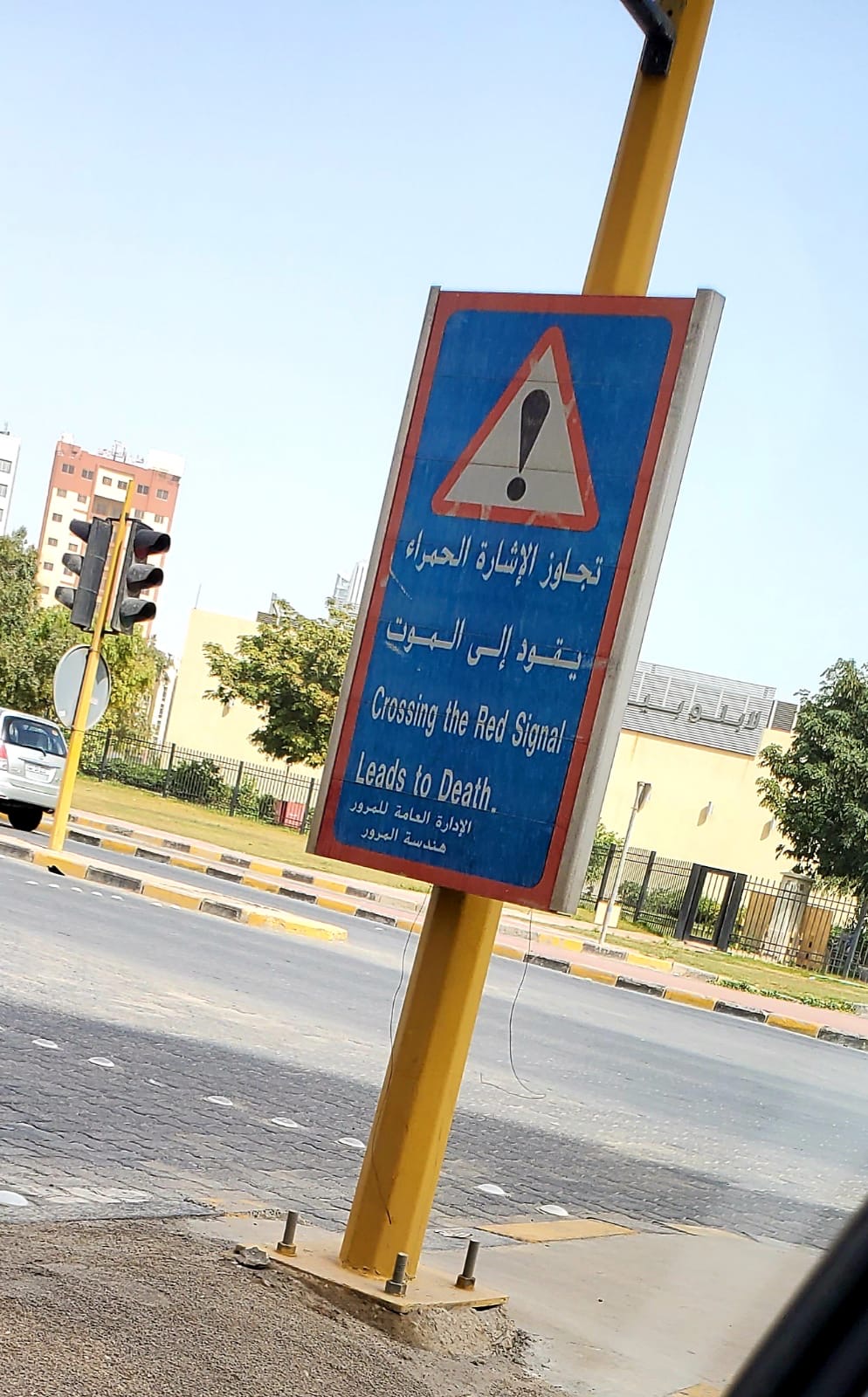 This winter in Kuwait couldn’t have been more pleasant. I’ve walked along the beach almost every morning, watching the barges and battleships bob, watching fishermen reel in their catch against the mild ocean current, and watching stray cats watching too, with more than a mild interest.

From my apartment balcony I’ve seen sanctioned jet-ski competitions and had a front row seat to nighttime fireworks. I’ve had my share of Turkish coffee and lattes while sitting among the locals on cafe patios, and I’ve even managed to coax a little eye contact and a friendly smile, which seemed impossible here at first.

But this weekend the temperatures climbed just enough to remind me that a fire-breathing summer is now threatening to bully aside whatever passes momentarily for spring.

It sizzles here in the desert during summer. On most days, you can fry a falafel on the sidewalk.

When Death Valley reports its summer temperature highs, Kuwait says hold my non-alcoholic beer. Suddenly thirsty, it then takes it back.

As the rest of the world emerges from winter hibernation, locals here begin to hibernate for the summer. I’m told the malls are filled with walkers, more young than old, disdashas, abayas and all.

To prepare for my hibernation, I’m storing up topics that I can explore indoors, gathering up pictures and pestering for facts and lore that I might use to satisfy my curiosity.

Kuwait gained its independence on June 19, 1961, but because of the summer heat, the country began in 1963 to celebrate its National Day on February 25. People line the streets, tossing water balloons at passing cars. I discovered this the hard way, jolted to attention when one splattered against the passenger-side window of the car I was in. This year’s celebration was marred by rain and a dust-mud storm. Some remnants of the day still remain.

The current Emir of Kuwait is Sabah Al-Ahmad Al-Jaber Al-Sabah. He is 90. I have it on good authority that he is still sharp. During Iraq’s invasion in 1990, he is said to have had advanced warning and managed to escape. His brother wasn’t so lucky. A monument in the form of a golden fist surrounded by a falcon and a dragon is dedicated to the lives lost during Kuwait’s response to the invasion.

I plan to do more research on Kuwait’s history and the ruling family.

I wonder where, during the summer, all of the cats will go. The strays dominate Kuwait City. In the mornings on my walk, I see that people leave small piles of cat food along the seawall. The cats run to the men who empty small bags of food and scraps. I have seen cats bathing in the morning sun, fornicating, fighting and with a mouthful of fresh-caught pigeon.

I’ve seen a small black-and-white cat dead on the lawn outside a restaurant, its siblings looking on with morbid curiosity. My own curiosity wonders how they became a part of the Kuwait landscape. I aim to find out.

I am similarly baffled by the presence of large buildings, abandoned and damaged as if in disrepair after an earthquake. Some look to have been destined to be lavish resorts, occupying prime real estate along the beaches of the popular Salmiya district. They are among the pervasive rubble in this modern city framed by its towering structures. Are the abandoned ones ghosts of some dispute or failed dreams?

The ouds, or luxury perfume shops, are as dense in Kuwait as pastry shops in Paris. If only Parisians smelled like cherry clafoutis and apple tarts. Nearly everyone in Kuwait smells good. Nearly every thing in Kuwait smells good. That includes the packaged towelettes the restaurants give you at the end of a meal. These aren’t like the ones you get at American barbecue joints, with their medicinal odors and fleeting constitutions. They could sell these at Sephora. I’ve started to collect them.

As an aside, even the countless ouds that populate the center walking lanes of the gargantuan Avenues Mall cannot overpower the smell that rockets, even here, out of the Abercrombie & Fitch. I am sure there’s a partnership opportunity (I propose Oud & Fitch, with rippling abs screen printed on a disdasha) that could rescue summer power walkers from the essence of 15-year-old puberty.

For those who know that an oud is also actually an instrument, you may, as I do, try to connect the dots between the oud wood that makes up the lute-like music maker and what is used in these Arabic perfumes and incense. The wood chips are a staple of these oud shops. More to come.

From Oud to Food

I’ve written enough about food for now in other posts, but there will be more, especially when our kitchen appliances arrive and we experiment with local cuisine.

We’re also starting to discover and try some of the better restaurants. I’ll save that for a more thorough tour, but one of the most delightful things about ordering in a restaurant or for home delivery is that many establishments toss in extras. Often, this just means extra pita or naan or little two-ounce cups of pickled vegetables and olives, but sometimes it’s a dessert, or an extra starter to try. And always with the fragrant hand wipes.

Oh yes, there will be something more in depth on coffee. Or qahua. I’ve been on a methodical quest to find the best coffee shops and roasters in Kuwait, but I have also developed some . . . feelings about Arabic coffee, a curious drink that is worthy of some research on its own.

Until then, I’ll be working on a recipe for shakshuka using a sidewalk-fried egg.